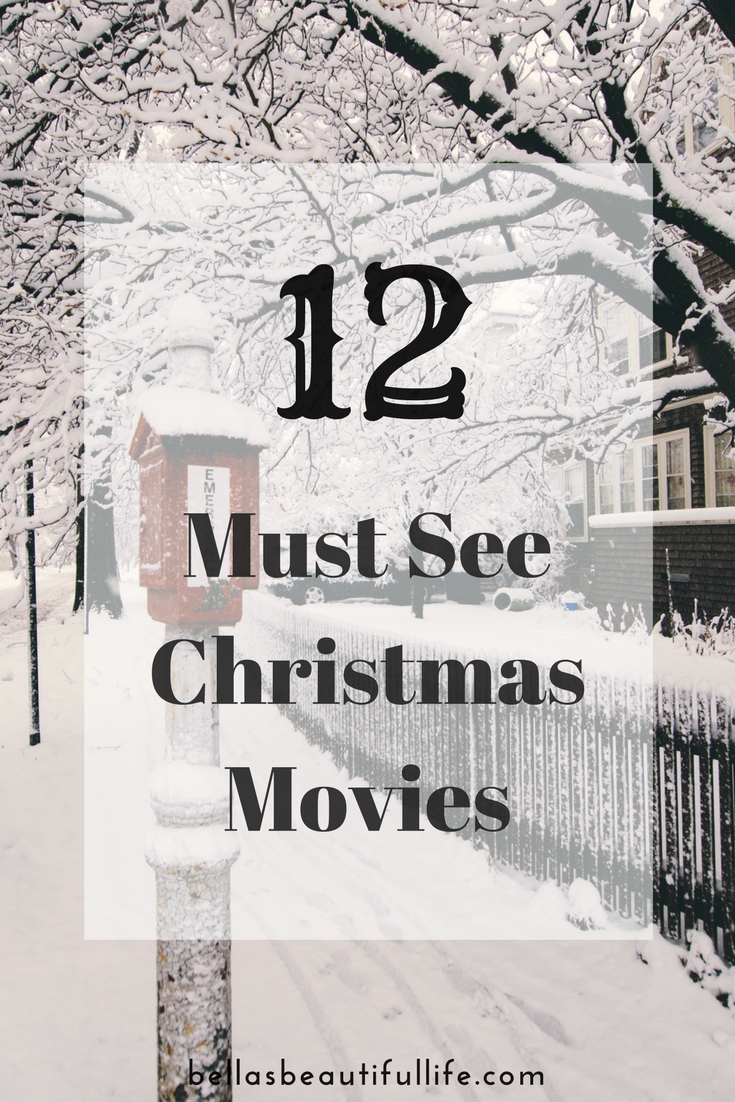 My entire family loves Christmas and December so of course we love Christmas movies. From about November till about mid-January there is a Christmas movie playing practically every single night when at least one of us is at home. Here are some of the Christmas movies that I think are the best. 🙂

Singers Bob Wallace and Phil Davis join sister act Betty and Judy Haynes to perform a Christmas show in rural Vermont. In Vermont, they run into Gen. Waverly the boys’ commander in World War II. They soon discover he is having financial difficulties and his quaint country inn is failing. There’s just one thing for the four performers to do. Plan a holiday miracle with a fun-filled musical extravaganza that’s sure to put Waverly and his business back on top!

Christmas in Connecticut is an American Christmas romantic comedy film about an unmarried city writer who pretends to be a farm wife and mother. She pretends to like a man who is in love with her in order to keep up with the fake life she’s created. Christmas takes a turn when she falls in love with one of her fans.

Dejected by his efforts to raise money to build a new cathedral, Bishop Henry Brougham has lost sight of what matters and prays for guidance. He is soon visited by Dudley a man who claims to be an angel. Henry is skeptical, and then extremely annoyed when Dudley ingratiates himself into the household as his assistant and wins over everyone. Particularly, Henry’s neglected, kind spirited wife. When Dudley continues to intervene in Henry’s struggles, the bishop decides to challenge heaven, which he soon discovers is a mistake.

For years my family watched the classic black and white version. Then a few years ago my mom and I found a ‘remastered’ colored version that had been made. It was so cool, to see what the colors were after having imagined them for years. I love the color version, but I do still like to watch the black and white one.

In this Irving Berlin musical, Jim and Lila are members of a performing trio who plan to quit show business, marry, and run a country hotel. When Lila confesses she has fallen in love with the dancer in the act, Ted, Jim leaves town with a broken heart. After turning the inn into a holidays-only live entertainment venue, Jim winds up booking – and falling in love with – Linda. When Ted shows up at the Holiday Inn after being dumped by Lila, he too sets his sights on the beautiful Linda.

In 1904 the young, orphaned Samantha Parkington lives with Grandmary, her grandmother, in a world of high class and wealth in a privileged neighborhood in New York. A girl who is about Samantha’s age, and her family move in next door to Grandmary’s home to work as servants. Ignoring the social code of 1904 Samantha befriends the three sisters. Over time the girls grow as close as sisters. As time passes, Samantha moves to live with her Uncle and attends a new school and a tragedy occurs in the lives of Nellie’s family. The film shows us that people are still kind and that there is always some good at the end of the storm.

I love Lucy is one of my most favorite classic TV shows, I also like the Honeymooners series. This combines Christmas episodes from both of the shows into a wonderful, hilarious Christmas special.

Christmastime is here. And Christmas wouldn’t be the same without this classic holiday movie. Overwhelmed by the materialism of society during the holiday season, Charlie Brown is blue. To try and get into the holiday spirit, he takes Lucy’s advice and directs the Christmas play. When Charlie Brown brings a Christmas tree to the play, everyone makes fun of the sad looking tree, until they are reminded of the real meaning of Christmas.

In this Christmas film, an old man by the name of Kris Kringle fills in for an intoxicated Santa in Macy’s annual Thanksgiving Day parade. Kringle proves to be such a hit that they have him start appearing main Macy’s store in midtown Manhattan. When Kringle surprises customers and employees alike by claiming that he really is Santa Claus, it leads to a court case to determine his mental health and, more importantly, his authenticity.

This is a Christmas movie you can’t help but just smile through. 🙂

In this Christmas comedy, Buddy was accidentally taken back to the North Pole as a toddler and raised to adulthood among Santa’s elves. Unable to get rid of the feeling that he doesn’t really fit in, Buddy travels to New York, in full elf attire, in search of his real father. As it happens, his father is Walter Hobbs a cynical businessman. After a DNA test proves this, Walter reluctantly attempts to start a relationship with the childlike Buddy with increasingly chaotic results.

As the holidays approach, Clark Griswold wants to have a perfect family Christmas. He bothers his wife, Ellen, and children, and causes citywide havoc as he tries to make sure everything is perfect. Things quickly take a bad turn when his hick cousin, Eddie and his family show up unplanned and start living in their camper on the Griswold property. Even worse, Clark’s employers change the yearly holiday bonus he needs, which results in even more hilarious chaos.

I don’t know why but I’ve always found this movie to be somewhat haunting. I don’t know if it’s because of the Abominable Snow Monster or what. But needless to say it’s a heartwarming classic that has to be watched several times, every December.

In this classic children’s movie, Sam the snowman tells us the story of a young red-nosed reindeer. After being excluded from the reindeer games because of his beaming nose, Rudolph teams up with a pair of misfits. There’s Hermey, an outcast elf who wants to be a dentist, and Yukon Cornelius, the prospector. The trio eventually runs into the Abominable and together they discover an island of misfits and a sense of belonging.