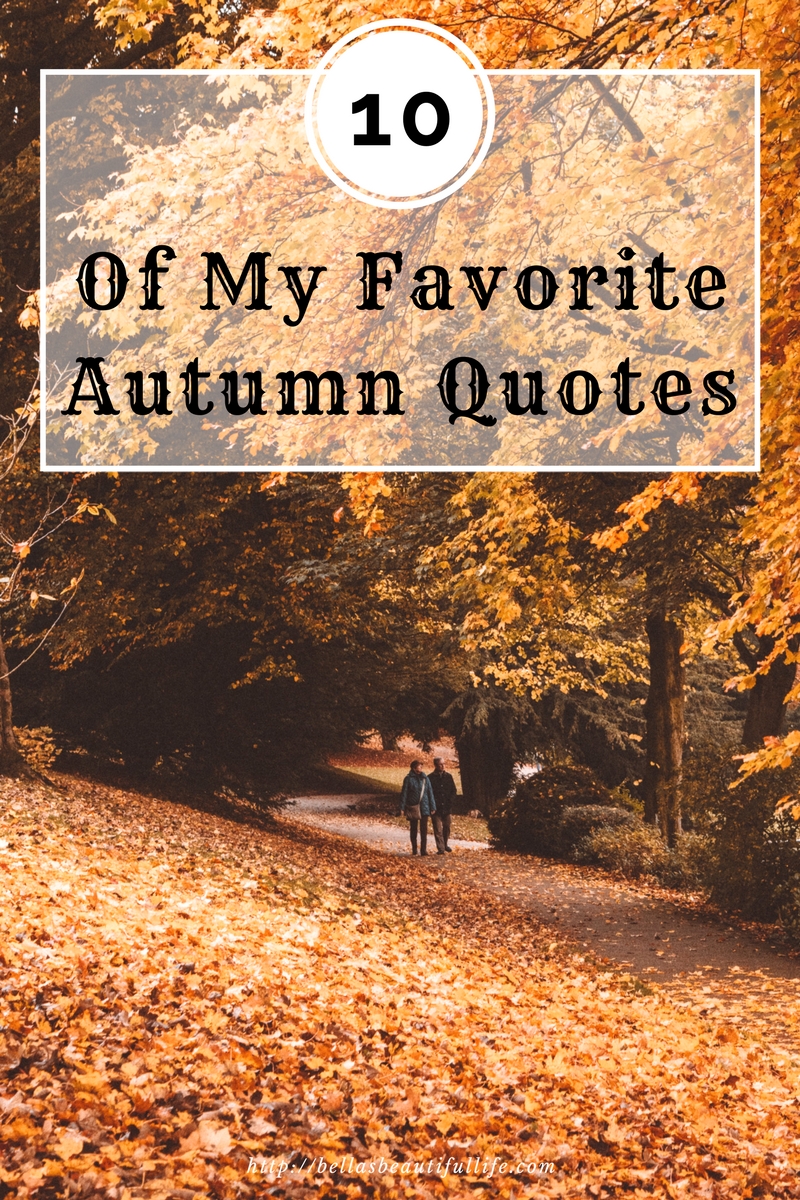 10 of My Favorite Autumn Quotes

Autumn is a fun and mysterious season to write about, and for some reason it seems like it’s easier for me to write in the autumn and winter months than the rest of the year. I don’t know if it is because it’s such a cozy time of year, or because there’s so much inspiration in the air with the chilly weather, falling leaves, and holidays approaching. But as much as I enjoy writing about autumn, I also like to read what others have written of it. Here are some of my favorite autumn quotes, both classic and modern.

November always seemed to me the Norway of the year.

Autumn leaves shower like gold, like rainbows, as the winds of change begin to blow, signaling the later days of autumn.

I come alive in the fall time

I would rather sit on a pumpkin and have it all to myself, than be crowded on a velvet cushion.

You expected to be sad in the fall. Part of you died each year when the leaves fell from the trees and their branches were bare against the wind and the cold, wintery light. But you knew there would always be the spring, as you knew the river would flow again after it was frozen.

As long as autumn lasts, I shall not have hands, canvas and colors enough to paint the beautiful things I see.

Aprils have never meant much to me, autumns seem that season of beginning, spring.

Autumn leaves falling down like pieces into place, and I can picture it after all these days.

Of all the seasons, autumn offers the most to man and requires the least of him.

I’ve never known anyone yet who doesn’t suffer a certain restlessness when autumn rolls around… We’re all eight years old again and anything is possible.

Please go to the Instagram Feed settings page to create a feed.